If you've ever as much as picked up a basketball in the city of Chicago, there is one name that you should know. No, not Michael Jordan, Ben Wilson. "Benji", as he was affectionately known, helped Simeon Academy win their first ever State Title in 1984 and was named the best junior in the country after the season. However, we remember "Benji" most for what he might have been. Taken from us far too soon due to a senseless act of violence, we never got to see this rose that grew from concrete in full bloom. Instead, his legacy is carried on by every hooper in the city. Every basket, rebound, win, is dedicated to "Benji" because he was the best of us and his story will be told for generations to come .

So in honor of the legendary #25, on what would have been his 50th birthday, we put our top ten Chicago hoopers on wax. Enjoy.

He was already a living legend before he ever played for the legendary Coach Krzyzewski at Duke in 2013. Jabari was the first freshman to ever start for Simeon and considering the long list of Wolverine greats, that is one hell of a accomplishment. He racked up 4 State Championships from 09-12, Was named the Gatorade High School Player of the Year in 2011, and was the #2 pick in the 2014 NBA Draft, but what he'll be remembered for most by folks back at the crib is being a smooth operator on the Simeon court and carrying the torch of Simeon greats.

Very few big men coming out of Chicago have the resume that "Nuke" has. Member of the legendary "Fab Five" at Michigan, #5 pick in 1994 NBA Draft, All Star in 1996, NBA Champ in 2012. But before all that, "Nuke" was a legend in my hood by his senior year at "The V!" We remember him for his legendary battles with Deon Thomas, and others. Member of the 1991 McDonald's All-American squad, he knew where his game was headed while others wanted him to be something else. Some of the best footwork I've ever seen for a big man and he did it all while being an honor student at CVS. Take notes shorties.

"Toine" is a former teammate of mine so I know first hand just how much of a killa he was. His resume is packed; NCAA Champ in 96, #6 pick in 96 NBA Draft, 3x NBA All Star, NBA Champ 06. Inventor of the "HESO," he has put in big work on all levels not to mention his legendary IIT moments. (good and terrible). I'll never forget a game we played at the Centralia Xmas Tournament in front of a packed arena our senior year at MC. "Toine" told everybody on the team if we were scared then just give him the ball and move out of the way. He ended the game with 53 & 27 and we won the tournament. Safe to say I knew where he was headed.

High School teammate of Kevin Garnett, Ronnie is a 3 time Parade All American 94-96, simply AMAZING. He was the high school version of Big Mike and had an alleged 50 inch vert(remember the time he jumped OVER Sergio Mcclain?). He signed to DePaul but was denied admission due to a run in with the law. Ronnie simply birthed a nation of hoopers without playing a single college game...I always wonder what he could've been!

Originator of the "KILLER CROSSOVER"", Tim Hardaway is one of the best point guards to ever pick up a basketball. The #14 pick in 1989 NBA Draft, 5x NBA All Star, member of the dangerous "Run TMC" clique with Mitch Richmond & Chris Mullin in Golden State, 1997 All NBA. And those who know...know...Tim is a summertime legend in the Chi for the work he distributed at IIT.

He was a 3x All-State player from 88-90, 1990 Illinois Mr. Basketball, Led King to 1990 state title, played with Shaq and went undrafted after 3 years at LSU. The purest high school player I've ever seen...he had EVERYTHING and was unstoppable. Those that know....KNOW!

Parade Magazine High School Player of the Year in 1987, McDonalds All American in the same year. He led King to a State Title in 1986 & runner up in 87, part of the Fighting Illini Final Four squad in 89, #42 pick in 90 NBA Draft. "Lib" was as smooth as I've ever seen and made it look so easy out there. He dominated whoever stepped in his cipher.

"Pooh" led Simeon to back-to-back State Titles in 06-07 (first time ever for a public school), Led Memphis to NCAA final in 08, #1 pick in 2008 NBA Draft, became the youngest ever NBA MVP in 2011, 3x All Star. We've all watched "DRose totally dominate games many ways on ALL levels. If it wasn't for the injuries....plus he's ALWAYS representing for the land!

Led Westinghouse to the City Championship in 1978, single handedly made DePaul relevant from 78-81, College Player of the Year in 1981, #1 pick in 81 NBA Draft that same year, 2x NBA Champ, 3x All Star. My Uncle Jesse gave me enough Westinghouse/DePaul "Big Mark" stories coming up..."he could score 30 whenever he felt like it!"

McDonalds All American, NCAA Champ, #2 pick in 81 NBA Draft, 2x NBA Champ, 12x All Star, 1990 Finals MVP, NCAA & NBA Hall Of Fame. Before AAU and highlight tapes...when you had to go to the playground to prove your worth. "Zeke" simply manifested the Chicago basketball culture.He is the living, breathing embodiment of everything that is great in Chicago Basketball culture. 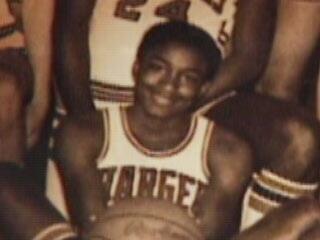 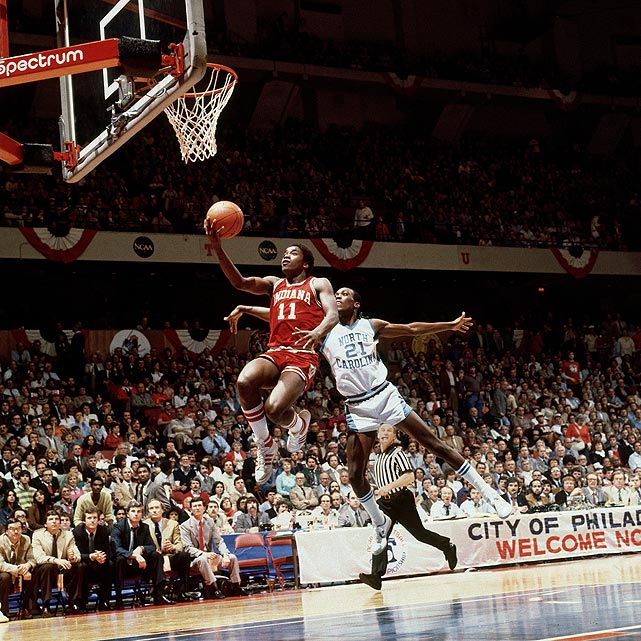 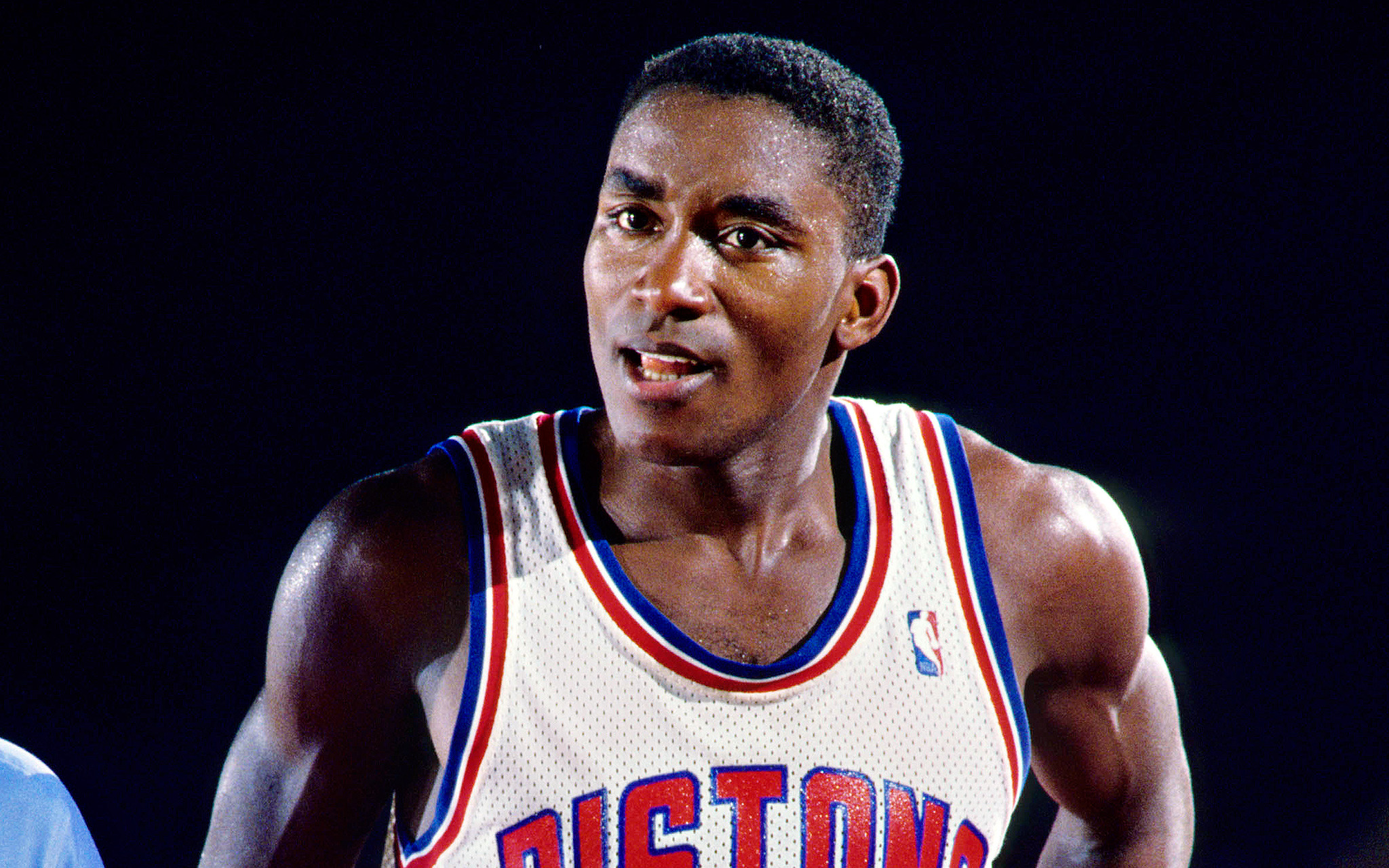